You are here: Home › Blog › Healing in a Hospital
By Holywell Church on April 12, 2018 in Article 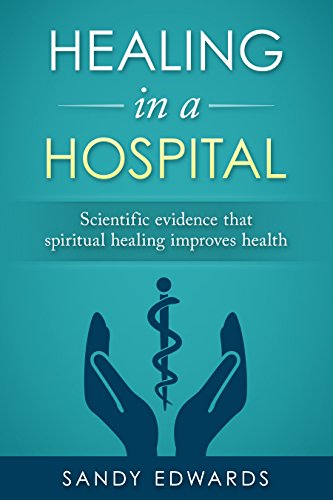 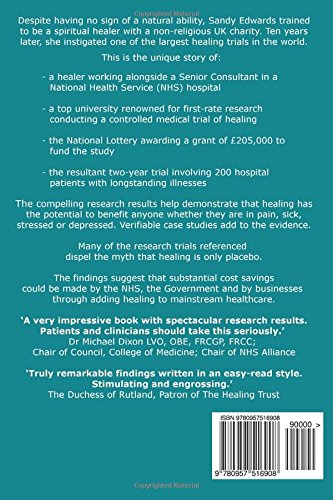 In our circle healing session last night, we discussed the pioneering studies by Healing Trust member Sandy Edwards which she has documented in her book ‘Healing in a Hospital‘ available from Amazon (Peter Maddern has bought the kindle eBook version). Below is a summary of the of the work courtesy of The Healing Trust (of which some in the church are members of). This thought provoking study provides statistically – supported evidence of the efficacy of healing and the case is made in the book that healing should be made available alongside conventional treatments in the NHS.

Healing in a Hospital

A controlled medical study was conducted to evaluate the effectiveness of spiritual healing provided by Healing Trust members. With 200 NHS outpatients each receiving five weekly sessions, this is probably the largest healing trial in the world. The research was led by the University of Birmingham (a Russell Group university), known for first-rate research, in collaboration with Freshwinds, a Birmingham medical charity. A grant of £205,000 was awarded by the National Lottery to fund the project. The following two research papers have been officially published in medical journals. These online journals offer open access to the full text, which can be reproduced so long as proper attribution is given to authors and to the journal concerned.

A pragmatic randomised controlled trial of healing therapy in a gastroenterology outpatient setting Published by the European Journal of Integrative Medicine; Volume 9, January 2017

The main, quantitative paper reports that patients benefited physically; their symptoms reduced. It also identifies that their quality of life was enhanced; they felt better in themselves and were more able to lead a normal life. Whether measured by score improvements, effect sizes or statistics, results revealed significant improvements regarding symptoms and wellbeing. Improvements were found to be long-lasting and may have continued beyond the period of study. In addition, the researchers confirmed that the level of these improvements was substantially more than could be expected from placebo. The researchers concluded that a study should be conducted to investigate whether adding healing to conventional healthcare would reduce NHS expenditure.

The secondary, qualitative paper focuses on what patients had to say about their experience. Their comments support the findings of the main paper. Many of them talked about coping better with their condition, and they reported feeling uplifted and more optimistic.

The following book gives more insights regarding the trial, and many of its 200 citations refer to additional healing research:

Healing in a Hospital;

‘Truly remarkable findings presented in an easy-read style. Stimulating and engrossing.’ The Duchess of Rutland, Patron of The Healing Trust

May Special
The Power of Positive Thinking

Angela Jones runs this lovely session on Thursday evenings. Doors open at 7 p.m. for a prompt 7:30 p.m. start and runs until 8:30 p.m. Refreshments are available. The cost is £6. This is ‘An[...]
View Calendar
Add